The BC government is still not respecting Wet’suwet’en sovereignty. Having had ‘consultations’ about invading their territory with pipelines, the Hereditary Chiefs gave a clear “no” as the pipeline could destroy their ecosystems from the water upon which their community depends to pristine forests with medicine and food. The Chiefs provided an alternate route that would not destroy their pristine territory but the BC government has continued to act without consent and proceed with the project.

And across the continent and even overseas, people are rising up, showing BC and Canada that continued colonial invasion is not okay.  Rallies in the streets, vigils at Canadian consulates worldwide,  blockades, prayer walks. People are doing what they can to show that the destruction of ecosystems and disrespect of Indigenous nations must end. We are watching and are in solidarity with Wet’suwet’en people!

Indigenous youth have been reclaiming the parliament steps in BC the rests on land stolen from their ancestors. They are peacefully letting this settler government know that we can’t have business as usual while violence against Indigenous nations and the earth continues. We teeter on a tipping point for climate collapse. From time immemorial, Wet’suwet’en people been stewards of their land and their sovereignty and expertise must be respected.

You may be joining these rallies, you may be bringing supplies up to Unist’ot’en Camp, you may be organizing screenings. That’s all wonderful! You may also have fatigue that makes it hard to sit up. You may be working 3 jobs and money still falls short for feeding your kids. Capacities are different. That’s okay. Please do whatever you can to let Victoria Police and BC government know that we will hold them accountable. Below is a step-by-step guide, phone script, and sample report content with links to submit a police report demanding that youth are not held without representation. After that, I have included a sample script with phone numbers to keep agitating the government. Please use them in their entirety or take pieces and change what you like. Please share widely!

I called the VicPD at 250-995-7654 and then pressed 1. I simply stated, “I am calling to express my deep concern that youth arrested on March 4th being held without representation. This is not legal. Their families and communities are really worrying and larger public is watching and urging you to begin a fair process.”  They told me the police “are getting these complaints” (great work, folks!) and that they are preparing a response to the complaints. Not good enough! I want a response to the human rights infringements.

The next step is to file a formal police complaint (we need hundreds of folks to do this!). Here is the link to the online complaint form. It starts with name, address, and phone number and then details. Here is a template with details for the form:

Calling the BC Government to demand they halt destruction of Wet’suwet’en land:

The BC Premier and Ministry of the Attorney General (responsible for RCMP Police) need to know that we will not tolerate the ways their process continues violence. Here is a sample script:

“I am calling to urge you to call off the RCMP presence on Wet’suwet’en land and to halt construction of the pipelines. We are dismayed that you, as the Primier, have not been open to an alternate route claiming that permits have already been issued. They have not been issued in good faith or the spirit of reconciliation as you did not have the consent of the nation whose land you are invading. We cannot continue to vote for you with this utter disregard for Indigenous leadership and a future healthy climate.”

Thank you for coming together to protect the land, water, and each other! These are the global movements that we urgently need right now. 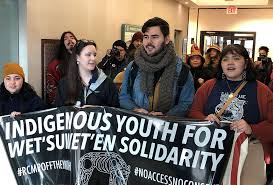